What Fiji Time refers to? Let me tell you some anecdotes to help you understand.

One day a Japanese student ran to a bus stop in Namaka, near Nadi, fearing he could lose it. He had got a contorted face and he was sweating like a pig because of the temperature under 30ºC. The bus did not move and people from inside the bus shouted “do not run!” through the glassless windows . When he entered the bus panting and sat down, everyone, including the driver, smiled at him and told him: “No need to run because we’ll always wait.”

Another day I went to make a copy of a key to a hardware store, and since they had not the right model, the clerk told me to follow him. He said goodbye to colleagues and went with me to another hardware store. At the door, seated, there was a group drinking kava who invited us to join them. We sat with them, drank kava, chatted for a while and finally we entered the store to make my key copy. When finished, the clerk who had led me there returned to his hardware store while I stayed having a couple of rounds of kava more with the group.

Let me share with you one more anecdote. A customer orders a beer, the waitress takes the order and in her way to the bar she sees a small child who is scurrying to and from. The waitress grabs him, lifts him, kisses him and play with him for a while. Finally she returns with the beer. The customer smiles and the beer suits him better than ever, although he had to wait twice the time for it.

This is pure Fiji Time. 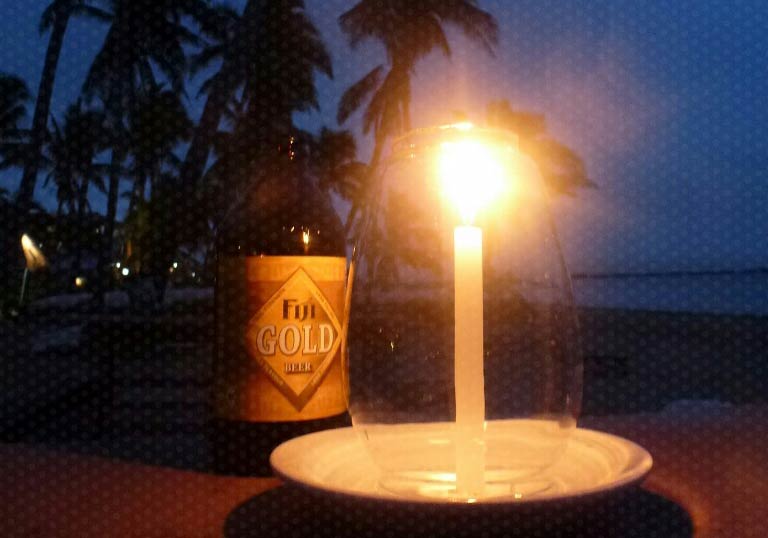 When you talk to a western about Fiji Time, it is often identified as an annoying element. It could be seem as a toll to be paid for visiting paradise, as a synonym for tardiness and lack of professionalism. But nothing is further from reality, because Fiji Time is a way of understanding life, not an excuse for lazy people.

Life is full of disappointments and usually we strive to fight them. And in doing that we are actually fighting the flow of life itself. It is always better to accompany life, letting us seduce and surprise, instead of being constantly quarreling with it.